And so we come to the last installment of the summary of the Ibong Adarna, a favorite Philippine literature course among high school or secondary education students. This summary highlights the key points in the remaining stanzas. Please stay tuned, though, for the buod, or stanza summaries in Tagalog or Filipino, arranged according to aralin or lesson chapters.

Since King Salermo has no other tasks to assign to Don Juan, he summons him so that Don Juan may choose who among the three princesses he will marry.

Since the faces of the princesses are covered, Juan may choose only by touching their fingers. Juan remembers that Maria Blanca is missing a finger, so he easily chooses her.

King Salermo notices the unusual closeness between Juan and Maria Blanca, and plans to have them banished to England. The couple elope and are able to escape from the king.

King Salermo breathes a curse on Maria Blanca: “You will be forgotten by Don Juan! He will leave you and marry someone else!” In the bewilderment of his grief, he sickens and dies, and is unable to witness the fulfillment of his curse.

Don Juan and Doña Maria Blanca reach the outskirts of the kingdom of Berbania. Don Juan temporarily leaves Maria Blanca so that he can tell his father, King Fernando, to have a group go and meet Maria Blanca.

Before he leaves, Maria Blanca warns him that if any woman approaches him, he will forget Maria Blanca. Juan promises that he will not allow any woman to come near him.

Unfortunately, as soon as Juan enters Berbania, Leonora goes near him. Can’t blame her, really, it’s been so many years, right? Juan forgets Maria Blanca (sounds similar to the Rings of the Niebelung, ‘no?), and he makes plans to marry Leonora.

Maria Blanca attends the celebration and requests that a program be held before the wedding ceremony begins. The program is dramatic play between negritos. The female negrito hits the male negrito with a stick and asks him if he remembers how Doña Maria Blanca helped him in the kingdom of King Salermo, her father.

Each blow does not hurt the negrito; instead, Don Juan feels the pain each time the negrita hits the negrito. Don Juan’s memory returns, and he remembers all that he and Maria Blanca went through.

Juan and Maria Blanca return to the kingdom of Delos Cristal, where they rule with compassion and justice, over their people who love them. 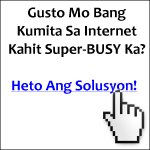